Sabrina continues to claim that the reason various things can’t be verified is because of steps she took after being doxxed during GamerGame in 2013. Or, to be more specific, she was “told( her) personal information would be made public including her SNN, date of birth, address, phone number and bank account information.”

Was she not actually doxxed but she was told she would be? I’m not sure. In timely Sabrina fashion she then claims that in 2015 she took measures to make herself less visible by removing herself from registers, websites, and other locations.

Let’s do some fact checking. Did she make her birthday information unavailable (or change it) on FB and other sites? No. Still there. Did she close down and clear out long unused twitter/ FB pages/ old LJ and dating sites? No. They’re still all out there online.

If in 2015 she told ALL of the colleges she attended to never whisper a word about her, and that’s how that worked, then all her college records would end there. They don’t.

Sabrina’s LinkedIn still says she attended SCCC (Seattle Central Community College) 2013-2015 and then attended UWSeattle from 2013-2016 and received her Bachelor of Arts (B.A.) in Medical Anthropology. 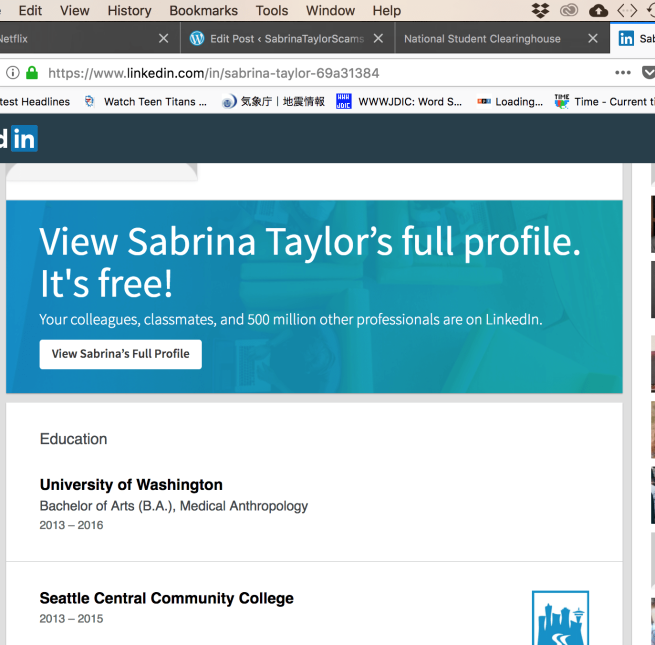 Sabrina still says this literally a contest of words. It’s not. It’s her word against many people’s stories and some verifiable facts that are not on her side. We used National Student Clearinghouse for verification.

Seattle Central Community College: she’s been a student there fluctuating between full-time and half-time status from 2003-2005 and  2013-2018. That’s well past 2015. She was often a full-time student at SCCC while she claimed to be at the UW. 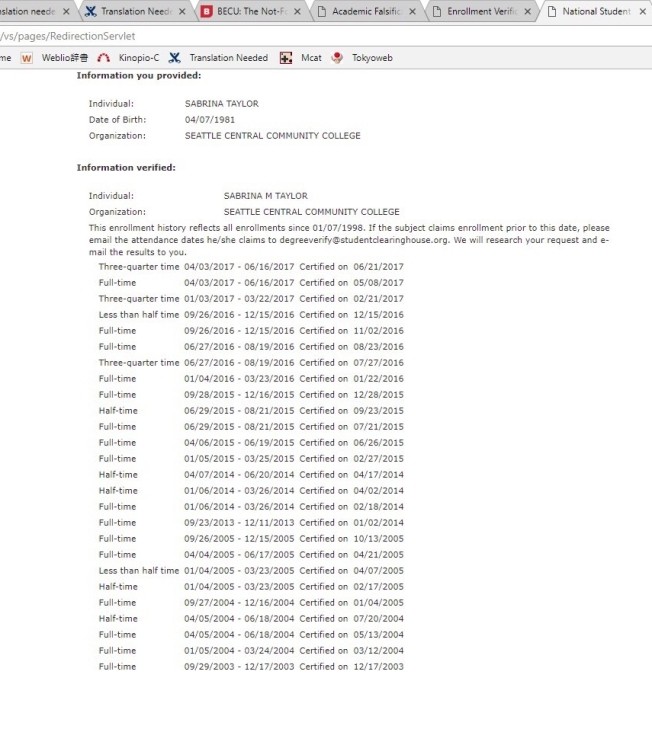 Did she get a degree at SCCC? When we went back to check. No Degree. Enrollment only. None of this is something to be ashamed. It’s nothing to hide… unless the life you say you’re living contradicts the one you’ve actually lived (or you’re scamming student loans). 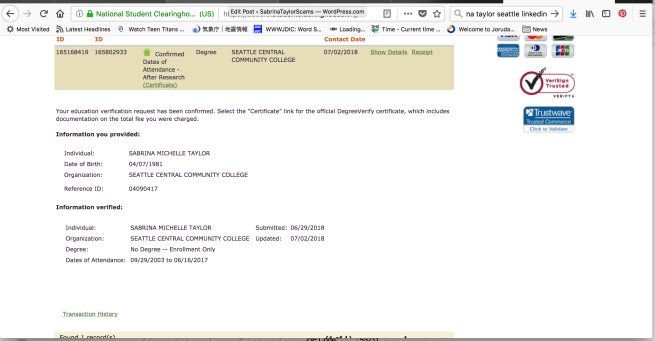 Ok, What about University Washington? That’s where she said her undergraduate degree, Bachelor of Arts (B.A.) in Medical Anthropology, is from. 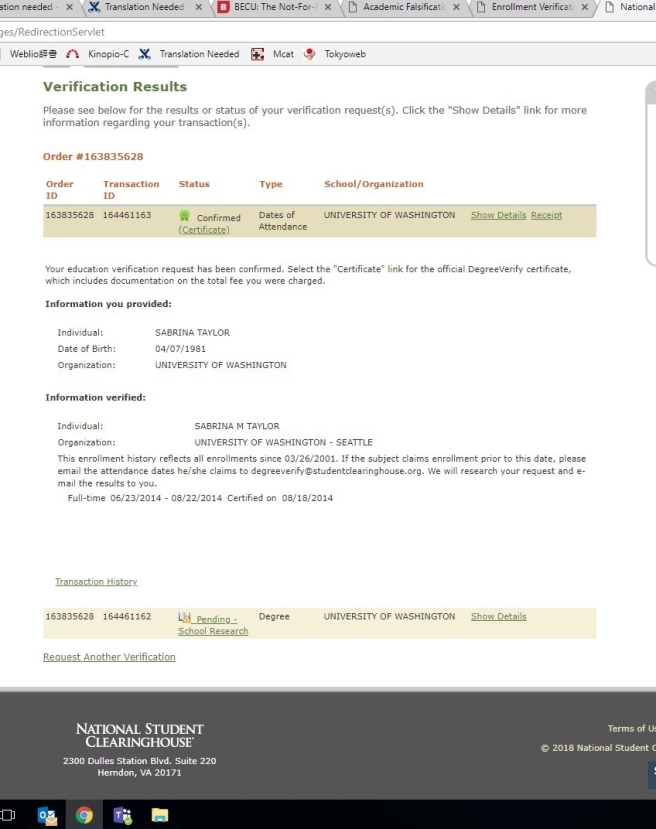 Maybe she applied to the UW, got in, but was in over her head or something happened once there. That might be a bruise to the ego and embarassing but it’s nothing to be ashamed of. It’s nothing to hide….unless the life you say you’re living contradicts the one you’ve actually lived.

Now, if she’d continued at UWSeattle and had removed herself from the school register in 2015 (and that’s how it worked…school yanked you out of their records but only from the date you requested…which isn’t how FERPA works…but if it did) she’d still have the Autumn quarter and maybe the Winter quarter of the 2014-2015 Academic year on there.

Did she get a degree at the UW? Did she get the degree she claims to have? Double checked recently. No. No Degree. Enrollment only. Non-Matriculated. 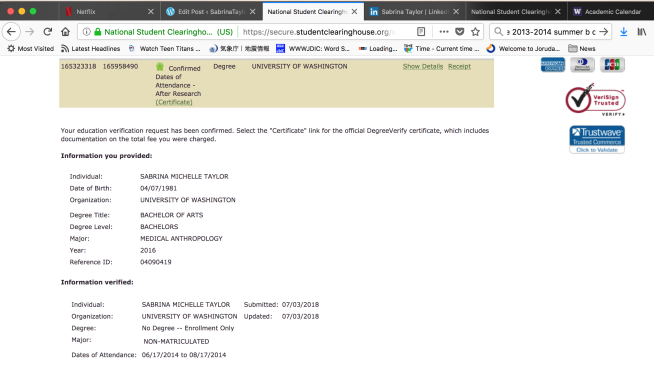 That’s the “She said/ We tried to verify”