The more her lies about schools she’s attended, degrees she has, and jobs she’s held are proven false the more Sabrina will try to make this about her health. Health will always remain the least refutable claim and the one with the most emotional impact.

The more the damage to others in the past is revealed the more she will make the narrative about the impact on her since her actions became widely known.  She doesn’t want you to think about them. The names of others impacting her in the aftermath will be deliberately vague to prevent people from contacting others for their side.

So, let’s review who Sabrina has been on-line…just in her words and the images she got artists for craft for her.

Sabrina loves drawings of Sabrina. Sabrina doesn’t so much care about sharing…One of the artists Sabrina convinced to make rewards for her GoFundMe dropped into the comments here to say “I volunteered to do portraits for this campaign and always wondered why I was never contacted to fulfill portraits even though all the spots in my reward tier were taken. I asked her about it a few times and she said she’d send me contact info for these folks, but of course never did…. because she never intended to follow through on any rewards………”

And let’s be clear, in using the artwork of respected people in the comic community she garnered herself respectability and trust. She wrapped herself in the trust they’d earned for themselves. The artists she used this way are victims.

In general I would credit artists but they have reasons to not want to be linked with Sabrina anymore. Unfortunately, many of them have very recognizable styles. Remember, they are victims. Some did these portraits from friendship and kindness. Some were commissioned. They all are collateral damage.

They all are living where these parts of themselves, their art, is still out there online. If she stops using them as her identity online, I will remove them. 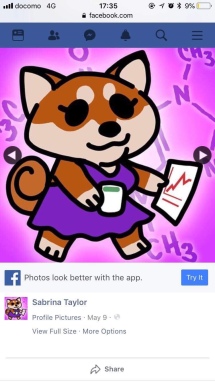 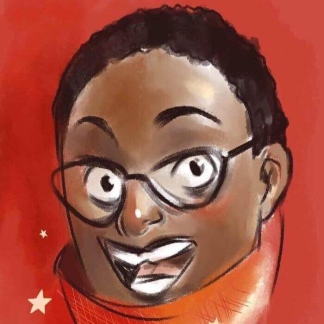 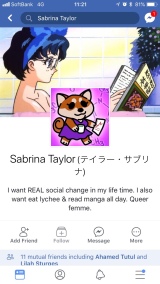 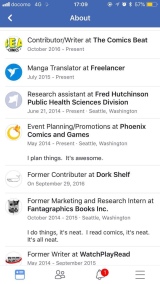 Busy! I’m betting she’s culled that list on the claim that she doesn’t want her former workplaces “harassed” I.e. contacted for verification.. She might be hoping people will forget. The internet remembers as do the screenshots of her actual school records. 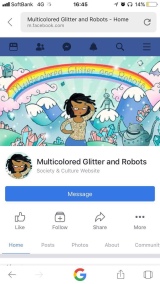 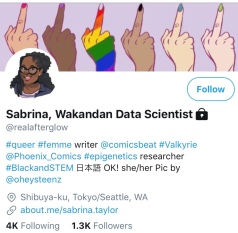 The internet remembers everything. Like back in 2007/2008 when she wasn’t claiming to be a Japanese translator but did claim to speak Italian. No Japanese Shinto-priestess grandmother back then but a surprise (not really) Native-American connection.